Connecting With Your Audience 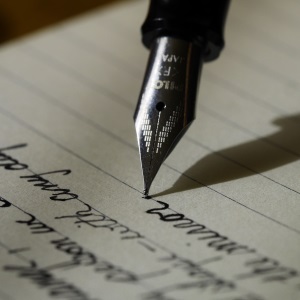 A lot of people say they have difficulty coming up with ideas for speeches. They are wrong, of course. Get someone talking about their lives and within 5 minutes, they will probably provide ideas for a dozen speeches.

When I was a kid, I read a biography of Charles M Schulz. In it, he was quoted as saying that if you were going to be a cartoonist, you had to be able to sit down and think of something funny. That amazed me at the time. But it really isn’t that hard. There’s a trick to it.

I never lack for ideas. If I did, I’d be out of business. Just the same, if you asked me to come up with a speech idea on the spot, I’d be flummoxed. I need to go through my process.

My process is to release my mind from the restrictions of logic or narrative. And even though I can do this in my mind, it’s still easier to do on paper. Just let your mind run wild. And trust me: it will run very wild.

When done on paper, this is called free writing, which Wikipedia says is “a prewriting technique in which a person writes continuously for a set period of time without regard to spelling, grammar, or topic.”

You will probably find that there are times your brain gets stuck. It’s perfectly fine to write the same word over and over. Just keep working through it.

My free writes are filled with profanity and non-words like “sliggulable.” It’s fine. Just write.

One final thought on this: destroy your free writes after you’ve read them. As you get better at doing them, you will be surprised what kinds of things bubble up from your subconscious. You don’t want other people seeing them. And if you are like me, you won’t like seeing them.

Starting With a Topic

With Toastmasters, you have an advantage because your path will indicate what you should talk about. For example, the next speech in my path is on mentorship. If I were doing a free write, I would think about mentorships in my own life. Right now I can think of a few things:

But I don’t know what would come out when I started writing. One thing is for certain: after a half hour, I’d have enough material for several speeches about mentorship.

Instead of writing, you could also just talk. Most people have audio recorders on their phones. I use a system that converts my voice into text notes that I can email to myself.

It doesn’t matter how you do it. What matters is that you do it long enough to get past censoring yourself. And the more often you do it, the less time you will need.

If All Else Fails

But maybe free writing isn’t for you. It’s just a tool and not all tools work for all people.

There are websites that have lots of ideas for speeches. Reading through them will doubtless give you some ideas. Here are some of the better lists:

The best way to get ideas for speeches is to give speeches. It’s not just that “Necessity is the mother of invention.” It’s also that the more speeches you give the more ideas will come to you naturally. Giving speeches really does reorient your brain.

So go forth and speak!

Fountain Pen by Free Photos under the Pixabay license.

[1] Listening to music is a creative activity. Having music on while free writing will deprive you of some part of your creativity. 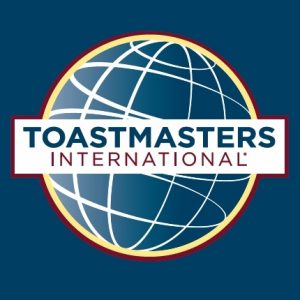